“What makes a movie a movie?” asks author and critic Nick Pinkerton in the latest issue of Sight and
Sound, the BFI’s international film magazine.

Pinkerton’s question came up in an in-depth article examining of the changing state of film-going in this country. The type of platform, the size of the screen, apps like Periscope, the narrowing of the product range in mainstream theatres, the costs, the location, even inconsiderate audience behaviour (usually younger people playing with smartphones) are all changing not just what is meant by ‘going to the cinema’ but the idea of film itself.

But something very interesting seems to be happening, especially in response to developments in mainstream cinema: the rise and rise of film societies and community cinema. According to Cinema for All (their parent organisation) there are well over 1,000 such groups nationally and the number is growing. Sight and Sound carries a powerful article on them in the same edition: and it seems that, as Amanda Randall the writer says, audiences are ‘going local.’

Lincoln and its immediate neighbourhood is of course well served by Film Society, and it was great to see us credited for the diversity of our programme and its impact on audience numbers in such a prestigious publication.

But in those places where cost and access are major factors, community cinema is a godsend. Affordable equipment and ready availability of a wide range of films means that going to the movies no longer means an expensive trek to the nearest town – audiences can just schlep on down to their community centre. 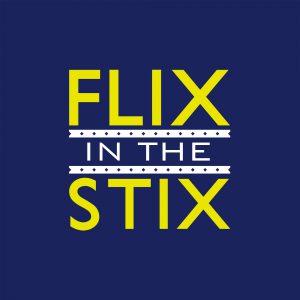 The newest kids on the block locally are the Blueprint Film Foundation, a not-for-profit organisation based in Lincoln, who have set up Flix in the Stix, a rural touring cinema. Helped by grants from Awards for All and the BFI to get the project off the ground, they are currently working with village hall committees and parish councils in several villages in the north of the county to bring a montly programme of top films to their communities.

Current screenings include The Lady in the Van, Some Like it Hot, The Dambusters and The Adventures of Tintin. Tickets are very reasonably priced and food and drink are on offer. While Blueprint look to cover their costs from each screening, all profits go back into the community.

The initiative has certainly caught the imagination and Blueprint’s technical manager David Brook says there’s currently a waiting list of places wanting to be involved. However, as he points out, such ventures have to be funded and every community needs to show they can make a financial contribution towards the costs, which can be used to attract further grants from the funding bodies.

It will be some time before there’s an agreed answer to Pinkerton’s question and the bigger issues are resolved. But for now, if you’d love a night at the movies but don’t want the hassle, get into community cinema: it’s closer than you think.

Showing at The Venue this week
The BFG (PG): The Venue is delighted to have the hotly anticipated film version of Roald Dahl’s classic story on its national release. Screenings are from July 22nd – August 3rd. Please contact thevenuelincoln.co.uk for details and tickets
The Princess Bride (PG): Relaxed screening, July 24th, 2.30pm

Article written by Richard Hall and originally published in the Lincolnshire Echo.