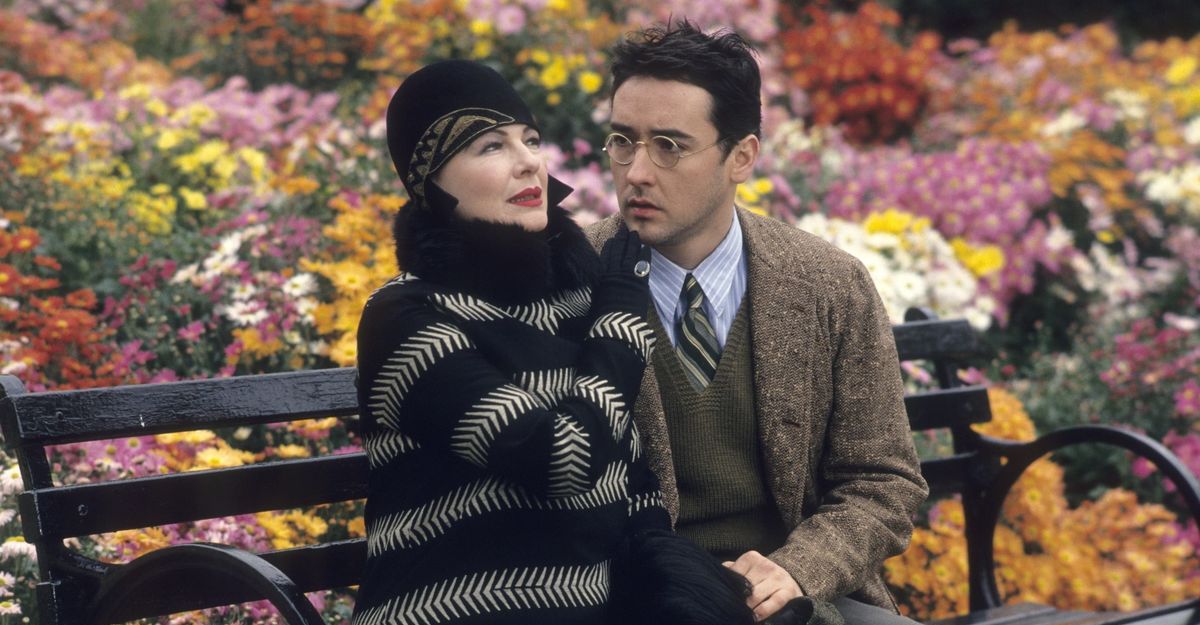 Our latest pick is Woody Allen’s Bullets Over Broadway, which is available to watch on My5. Here’s a handy link to get straight to it, or you can use the search or browse options on your smart TV or mobile app.

It was chosen by LFS chair Richard Hall. Here are his thoughts on the film:

There was a time when no Film Society season was complete without Woody Allen. It’s been a considerable while since we showed one of his works, and there will be many who fondly remember him and regret the fact that his film making career seems to be over. So it’s a pleasure to be able to recommend Bullets over Broadway as the first.

Set in the Roaring Twenties, it’s about an idealistic playwright David Shayne (Cusack), who believes he has written a great play but can’t find a producer. Enter mob boss Nick Valenti, who agrees to put up the cash providing Olive, his flapper dancehall girlfriend, gets a major role.

Against his better judgement, Shayne agrees; but as rehearsals begin, it’s clear Olive not only cannot act but worse, the play has major flaws which Cheech, Valenti’s mob enforcer (Palminteri), can clearly see but Shayne can’t. As the story unfolds, he finds himself compromising all his ideals in order to save his work.

The film explores Allen’s familiar themes – art, drama, sex, self-doubt, psychology – and the dialogue is among some his best, full of sparkling one-liners. The 1920s production values and marvellous jazz soundtrack are superb and, at 100 minutes, it doesn’t outstay its length. It’s a great reminder of Allen’s unique creative force.

2 thoughts on “Film of the Week – Bullets Over Broadway”