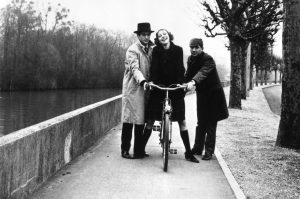 This season’s classic is quintessentially French New Wave, playful, witty and refreshingly original. Often hailed as Godard’s most accessible film, “Bande à part”, with its classic set pieces, has influenced generations of film makers including Quentin Tarantino, who named his production company after it. Two slackers Franz and Arthur, obsessively into Hollywood gangster films of the 40s, decide to commit a heist of their own when mutual friend and enigmatic love interest Odile tells them of the huge stash of money kept at her aunt’s villa. Things, of course, do not go according to plan…